Mention the Russian Revolution in my family’s home and you’ll likely hear my father or grandmother respond – “Trotsky made the revolution, but the Bronsteins paid for it.” 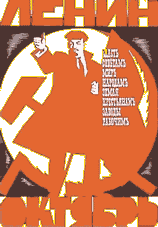 The expression’s origin dates to 1920, when Leon Trotsky, born Lev Davidovich Bronstein, was head of the Red Army. The story is that Moscow’s then chief rabbi, Rabbi Jacob Mazeh, asked Trotsky to send the army to protect the Jews from the renewed pogroms (common violent attacks on Jews throughout Russia’s history). Trotsky responded with his own question to the rabbi: “Why do you come to me? I am not a Jew.” Rabbi Mazeh replied: “That’s the tragedy. It’s the Trotskys who make the revolutions, and it’s the Bronsteins who pay the price.”

I can’t speak for all the Bronsteins, but the Kievskys seem to have done some of each.