Under Czarist rule, Jews were told where they could live, where they could work, and were even conscripted as children as a means of distancing them from their religion. When the notion of creating a Socialist state arose, promising equality amongst all people, many Jews joined the revolution in hopes of finally finding a place they could live freely.

With civil war rising in the wake of the Bolshevik takeover, Russia fell prey to civil unrest, famine, and economic collapse. The Jewish people soon became viewed as architects of this new Soviet order, and as nationwide contempt for Bolshevism grew, so did anti-Semitism.

This only got worse with the rise of Stalin. 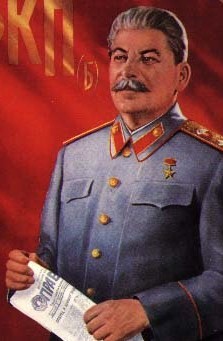 Stalin’s ethnic and cultural paranoia led to government sponsored anti-Semitism in the form of propaganda, mass exiles, and murder. Despite officially denouncing anti-Semitism, Stalin’s “Great Purge” killed a disproportionately large number of Jews, and by 1939 he had made sure there were no Jews in political power so that he could pursue a Non-Aggression Pact with Nazi Germany. This discrimination pervaded the next two decades, coming to a head in 1952, as an aging Stalin decided that “Every Jewish nationalist is the agent of the American intelligence service.”

Stalin soon began arresting Jews across the Soviet Union under suspicion of what was called the “Doctors’ Plot.” Within three months, hundreds of Jews were forced from their jobs, arrested, exiled, sent to gulags, or executed. It wasn’t until after his death that the truth came out: the plot had all been a lie. The surviving Jewish doctors were exonerated, but many were never able to work again.

A year after his death, the rest of Stalin’s political prisoners were finally allowed to return from exile. My grandfather, Moisei Kievsky, was one of those. With my grandmother, Golda, and my father, Elya, Moisei traveled back to Kiev, leaving the cold wasteland of Siberia, never to return.